One Fact is pleased to announce the release of BridgePoint Pro v6.16. This release includes a number of exciting enhancements as well as bug fixes.

BridgePoint now runs on Eclipse Oxygen. Prior versions ran on Eclipse Mars. The user experience is
not dramatically different, but the update of course includes new features and fixes from the Eclipse
foundation. Please see the article Eclipse Oxygen – New and Noteworthy for more information.

This update includes an update to Eclipse EGit 4.9. See the EGit – New and Noteworthy
for details about updates to this tool.

BridgePoint model compilers have incrementally moved to the python-based generator 2.0 (pyrsl) over the
previous releases. This release completes the migration with updates to the Java model compiler used to
build BridgePoint itself.

With this change there is no longer a requirement to downgrade generator to build BridgePoint. This improves
the experience for BridgePoint developers and keeps full self-hosted development and build in place.

Two enhancements have been made to the xtUML Editor based on user requests. First, class-based operations
are now shown with an underline on the class diagram. Instance-based operations are shown without underlining. 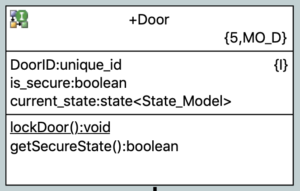 Second, the separator for ranges on UDTs is changed from , to ... 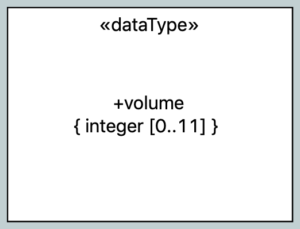 The OAL editor now performs automatic indentation of the next line when the user creates
a conditional block or a loop. Specifically, an additional level of indentation to the current line
is automatically inserted when the user hits “enter/return” at the end of a line that contains
if, elif, else, for each, or while.

All indentation (automatic or manual) is fixed to properly indent with spaces or tabs using the
user-specified settings for tab width and “Insert spaces for tabs”. These settings are configured
in the BridgePoint preferences at General > Editors > Text Editors.

Other UI enhancements and fixes

State Save – A state save contains encoded information representing the current_state of each
running state machine in the model as well as the sequences of events on the event queues. A marking
is supplied to enable and configure the state save feature. State Save is accessed in application
models via an External Entity with bridges to trigger state save and read previously saved state.

Simulated Time – Simulated Time in MC-3020 implements a form of discrete event simulation. In simulated
time mode, no external clock is read. The application runs as fast as the architecture allows. The time
base is derived from timers used to cause functional delays in the production application.

Class-specific Tracing – Functionality is added in MC-3020 for classes to trace state machine state
transitions and to trace individual action language statements. A mechanism is provided to enable or disable
this tracing functionality on a class by class basis. A marking is supplied to identify which classes are
included in or excluded from tracing.

Persistence – Add the ability to persist instance data so that it survives across power cycles
(down and up). The instances that are present when power is removed are automatically restored when
power returns. Links between persistent instances are also saved and restored to and from non-volatile
storage (NVS).

Keyed Timers – Keyed timers have been an undocumented feature for several years. This work makes
keyed timers the default implementation generated by the model compilers. Keyed timers prevent the
accidental reuse of an expired timer and prevent one part of the application from canceling a timer
started by another part of the application. It does this by assigning a unique access key. The access
key is carried by the owner (who started the timer) and is passed in to gain access to the timer methods.

Other MC enhancements and fixes

Dear Modelers, Significant progress has been made on a specifications of textual xtUML and separately…
Read More

BridgePoint is Open Source Software (OSS). It is free. However, OSS is not free like…
Read More